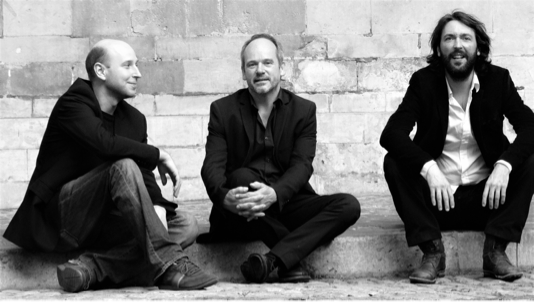 ​You probably know the saying: “two is a couple, three is a crowd”, a saying that certainly does not apply to the countless musical trios. The Sonny Rollins Trio, Keith Jarret Trio, Bill Evans Trio, Joe Henderson Trio, and more recently Bad Plus. Also, the significant trio comprised of Jim Hall, Wayne Shorter and Michel Petruciani, “The Power of Three”.
Mazzle is a trio inspired by “The Elastic Band” of Joshua Redman with Koen Nys on tenor saxophone, Bram Weijters on keyboard and Lionel Beuvens on drums. They bring original compositions and some jazz standards.
​ 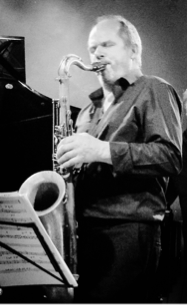 The multi saxophone player Koen Nys (°1965) studied at the Jazz Studio in Antwerp (Belgium) as a young twenty-something. Afterwards he became a true globetrotter, studying music at the McGill University in Montreal (Canada), and residing in Tokyo (Japan) and New York (US). Currently he teaches at several music academies and performs with the Muze Jazz Orchestra (under the direction of Lieven Cambré), the KollecTive (under the direction of Gunther valckenier, to name only a few, and with his own Koen Nys Quintet. Some years ago he recorded the CD “Turtle Music” (WERF label) with the Koen Nys Quintet. And now you can discover him with his new trio “MAZZLE”. 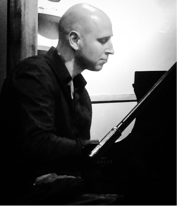 Bram Weijters (°1980) started music classes at the age of 8 at the “Stedelijke Muziekacademie” (Sint- Niklaas, Belgium). He learned piano and percussion. As a teenager, he played drums in some local rock bands. After secondary school he studied jazz piano at the “Koninklijk Vlaams Conservatorium” (Antwerp, Belgium), followed by jazz composition and arranging at the “Koninklijk Conservatorium” (Brussels, Belgium). He attended jazz training featuring lecturers from Berklee College of Music in Italy (Perugia) and was awarded a scholarship. Bram attended piano classes with Christophe Erbstoeser, Erik Vermeulen and Diederik Wissels. He followed composition with Kris Defoort, Erwin Vann, Pierre van Dormael and Bert Joris. In addition he was trained by Stephane Galland, Chander Sardjoe, Kurt Van Herck and followed masterclasses with Kenny Werner, Anthony Braxton, Gary Peacock, Mark Turner, Dave Liebman, Bill Carrotters, Toots Thielemans, Maria Schneider ... Bram has been active in a broad range of projects. As such he performed in numerous jazz bands (Deep, Bram Weijters quartet, Muze 5,...), and shared the stage with hip-hoppers such as Jerboa, Dj Lefto and MC Krewcial. He also played with rock bands including Giants of the air (final Humoʼs rockrally 2004), and accompanied the French chanson by Aznavour in "Aznavoners". These different projects brought him to lots of jazz clubs, cultural centers, youth houses, concert halls and festivals. Currently, Bram performs with Dez Mona, Jerboa , Fables of Fungus and Atatchin. He also composes and arranges for some of these bands. 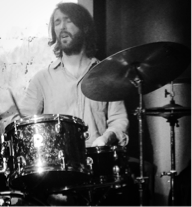 Lionel Beuvens
​
Lionel Beuvens (°1981) started playing drums at young age. At the age of 12, he followed classes at the music academy where he was introduced to jazz music by Antoine Cirri and Nathalie Loriers. He participated to several summer trainings where he was fortunate to meet Billy Hart. In 2004 he was awarded the master diploma at the “Koninklijk Conservatorium” (Brussels, Belgium) and started taking classes both at the Lemmens Institute (Dré Pallemaerts and Pierre Van Dormael) as well as at the “Conservatorium” in Den Haag (The Netherlands) with Eric Ineke. He is a member of several bands: Fabrice Alleman 4tet , Peter Hertmans quartet, Frank Vaganée trio+zefiro torna, Erik Bogaert Kvartett... In addition he has his own band, the Lionel Beuvens 4tet and contributed to several CDs (Chroma, Alien Bitesize, Après un rêve, Sabin Todorov trio, Peter Hertmans quartet, Nicolas Kummert Voices, Fabrice Alleman...).
Back to PROJECTS